Odissi is the Indian Classical dance form from the picturesque state of India known as Orissa or Utkal (the land of excellence in art). This temple dance form originated in the 2nd century B.C and was then depicted in sculpturesque carvings on the stone walls of the temples of Puri, such as the Lord Jagannath Temple; Bhubaneswar, such as the Lingaraj, Mukteswara, Rajrani, and Brahmeswar Temples; and Konark, such as the Surya Mandir or Sun Temple. Rishi Bharata's "Natyashastra" mentions the Odramagadhi style, thereby recognizing the evolution of Odissi as a distinct form.

The Maharis or Devadasis, literally servants of the Gods, would perform this style of dance in the Jagannath Temple to the composition of Geeta Govinda by Jayadeva, the 12th century Oriya poet from Kenduvilva, close to Bhubaneswar. Later in the medieval period the practice fell into desuetude but was kept alive by the folk dance Gotipua or Sakhi Nacha.

Today in the 20th century, especially after Indian independence, there has been a great interest in the revival of this classical dance form known as Odissi. There will never be such thing as "fully revived" or "perfect" Odissi, but Odissi can definitely be developed over future generations. Today, no mention of Odissi can be made without acknowledging those fathers who put so much of their genius and energy into its revival such as the late Padmabibhusana Kelucharan Mohapatra, the late Pankaj Charan Das, and the late Guru Debaprasad Das. 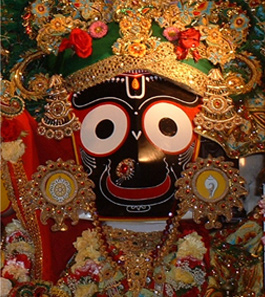